PUSH HAS COME TO SHOVE

Tomorrow we need your NO vote on the proposals from the City of Pontiac School District. We cannot continue to pour good money after bad into one of the poorest preforming school districts in the history of the State of Michigan. For whatever reason, the Board of Education has neither the desire nor the ability to fix the myriad of problems they are facing.  They claim that the over $50 million deficit is being paid off, no it isn’t. They claim our children being better educated, according to the State of Michigan statistics, they are not.


OUR CHILDREN DESERVE BETTER THAN WHAT THEY’RE GETTING FROM US. Nothing will happen as long all the parties involved in operating this District continue their inferior leadership and poor judgement. It’s not just the poorly functioning local school board, it’s the Oakland County Intermediate District, which is merely a glorified secretary to the PSD and who’s Superintendent, when asked about restructuring the District said, “It’s already been restructured.” NO, it has not. As for the State involvement in our school district, I have three words for you, Flint water crisis.


Bottom Line: Get out tomorrow and vote NO. Our children’s futures are at stake. Also, please remember that the WeCareMovement has graciously offered voters a free ride to the polls, please call them at:


What happened at the so-called “Town Hall Meeting” held on 2-22-16 by members of the school board to inform the electorate and answer questions about the upcoming election issues?  A pep rally, where there was none of the promised fair and even distribution of information about the upcoming proposal vote, the millage renewal and the sinking fund.  However, no one in opposition to the millages was allowed to participate and indeed, all but one of the over 20 questions I submitted were ignored. The panel introductions alone took 75 minutes of the allotted 90 minutes for the meeting.
Obviously, the euphoria of the 120 or so attendees following the “Vote YES” rally must have been short lived, or the realization by the WeCareMovement that their proposals may fail.  Because, before they even lost this vote they already tried to get two new proposals on the ballot for May 3, 2016.
As an ongoing testament to their ineptitude, The Oakland County Elections Commissioners would not allow them to put it on the ballot. Below are their meeting minutes.


Moved by BROWN seconded by HALLMARK that the ballot language not be approved.


VOTE ON DISAPPROVAL OF BALLOT LANGAUGE: AYES:  BROWN, HALLMARK, MEISNER        NAYS:  NONE
The ballot language was NOT APPROVED


CLARIFICATION: You cannot place a proposal on the ballot based on the
contingency of winning of losing the ones on the present ballot.  In other words:  Wait until you lose this time before you try to lose again.

THERE IS GOOD NEWS FROM THE WECAREMOVEMENT


Much to their credit, they are offering free rides to the polls on Election Day.  We applaud their effort and encourage all of our “Vote No” friends to avail themselves of this service. The following is their notice:


Need a Ride to the Polls?

This is a copy of both sides of a mailer sent out to all households
in the Pontiac School District where there was a voter last May,

I apologize for the size of the print, I couldn't figure out how to
get it larger, my bad. Use the ZOOM on your computer. 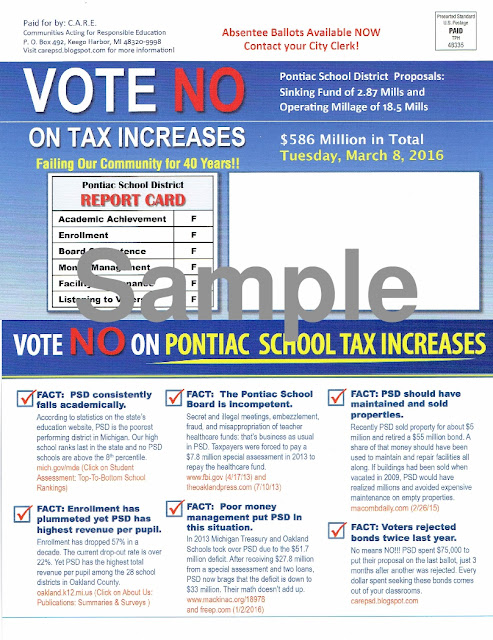 Posted by Unknown at 6:18 AM No comments:

Here are pictures of the inside of just one of the closed down, shuttered and or sold Pontiac School District school buildings. These happen to be pictures of Lincoln School, several years after it was closed. The Board of Education closed the buildings, nailed the doors shut and placed plywood over all the windows and walked away.


This is evidence of what they left behind in the dozen or so buildings that were closed. Thousands of desks, tables, chairs, lockers, etc.  Thousands and thousands of books.  They just left them, like rats deserting a sinking ship, without any consideration of reuse or repurpose. 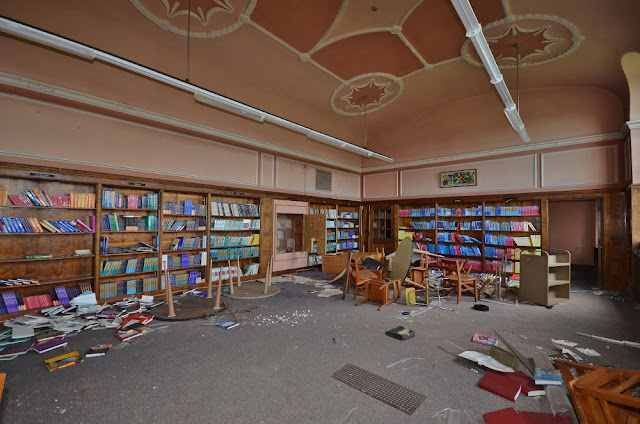 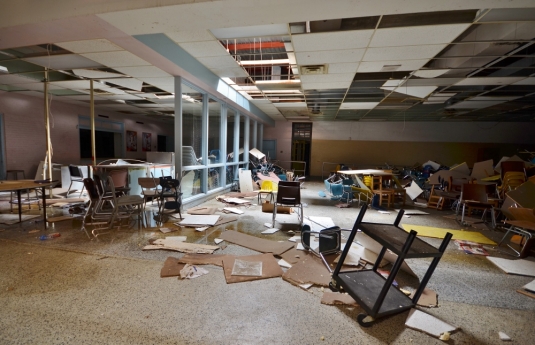 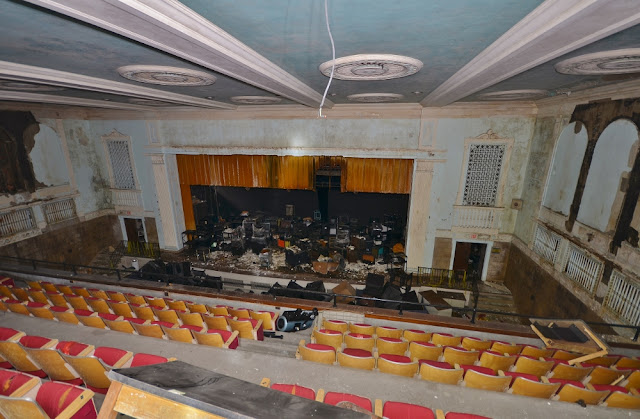 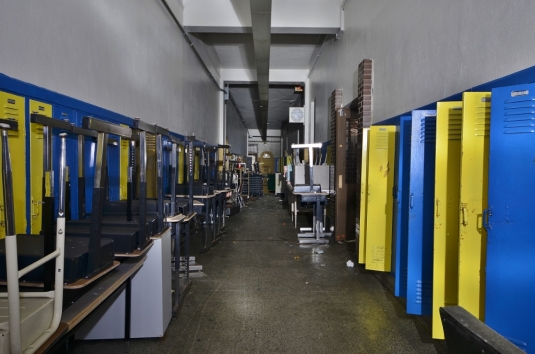 It has been estimated that as much as $750,000.00 worth of property was lost due to this unpardonable act of omission and poor judgement. This is a text book explanation of malfeasance in office. Now the School District is coming to the residents wanting more money to mismanage and waste.


This writer finds it reprehensible that these people have the gall to come around seeking even more money, after demonstrating that money and accountability has no meaning.


If a Board of Directors of any company ran their business this way they would all be fired and most likely would face criminal charges and civil lawsuits.
Posted by Unknown at 11:50 AM 2 comments:

A GUEST OPINION
Editor’s note:  This was submitted to me by a Pontiac School District resident and is reprinted with her approval.  The writer has many excellent points and they should be considered. At this point, we still believe the PSD can be saved if restructured correctly to avoid dissolving.
Starting with fiscal measurements:  Pontiac has 4,400 students to Detroit’s 52,000, yet has a $33 million deficit compared to Detroit’s $261 million.  PSD’s debt/student ratio is a whopping $7,500/student, 50% higher than DPS’s $5,019/student!

Around that time came calls to dissolve PSD, with Buena Vista and Inkster.  Dr. Markavitch’s impassioned speech to Michigan’s Education Committee saved PSD.  She proposed, and won, control through a consent order giving Oakland responsibility for PSD until it was fiscally sound, likely to take 12 years.

Dr. Markavitch and PSD administrators guaranteed themselves employment by preserving Pontiac School District.  Since then, PSD borrowed $20 million from the state and lost another 6% enrollment. Claims of deficit reduction are suspect.  Beyond job security, one might ask:  why retain this failing district in the middle of strong districts? Why block citizens from requesting state review?  It’s time to take a hard look at Pontiac School District’s viability and the involvement of Oakland Intermediate Schools.
Posted by Unknown at 7:41 AM 1 comment:

YOU CANNOT MAKE THIS UP


On February 8, 2016 WXYZ Ch. 7 did a broadcast piece on the Pontiac School District. The whole piece was one sided and so full of half-truths and misinformation as to make it sound like a propaganda piece prepared by a publicity firm for the District.  Be that as it may, the following is just another example of how inept the school district is, and why we must vote these increases down and attempt to restructure and reorganize this embarrassment we call the Pontiac School District.


In the mailer sent out for the August 15 vote, by WeCareMovement.com, a front for PSD Board of Education members, they had these bullet points:
2.87 mils for the next 5 years
7 million Dollars for 5 years: $35 million
Money dedicated to repairing schools
8 schools to be repaired
Boilers and ventilation first


Let’s not even consider how no one administering this school district has clue about what they’re doing with their money.  They have a 30 year proven track record of incompetence.

I HATE THIS PART OF BEING INVOLVED IN A “CAUSE”


10,000 mailers and 250 yard signs are not cheap. We need money to help pay for our cause and the time has come to reach out.


Besides devoting hundreds of hours to our cause, C.A.R.E. Committee members have donated a lot of money, it’s just not enough.


We are not like a committee formed by a member of the Pontiac School Board, to get out the “YES” vote.  That committee was lucky enough to get a $1000.00 donation from a PSD administrator. Or for that matter we don’t have a $5 million dollar property to sell for $1 million and then get a $3000.00 donation from the buyer. (Michigan Department of State, Bureau of Elections)


Please help, if you can, by sending a check, in whatever amount you are comfortable with.  THANK YOU Posted by Unknown at 5:11 AM No comments: